WANNACRY: The Virus that is Holding the Digital World Hostage

Apparently, even your files now have the possibility to be taken hostage too.

A virus called, “Wannacry” has been a global threat over the past week, affecting about 150 countries worldwide. This cyberattack encrypts a user’s files and will threaten to destroy them unless he/she pays a ransom, which amounts to $300 up to $600 and can only be paid through the bitcoin system.

This malware inevitably spreads from one email to another, freezing many computers in various countries including Russia, China, India, and in the United Kingdom where the virus spread on different hospitals, which led to losing a lot of patients’ data.

Companies worldwide fear the infection as the working week starts. Now, everyone is forced to update their computers and backup all data stored. 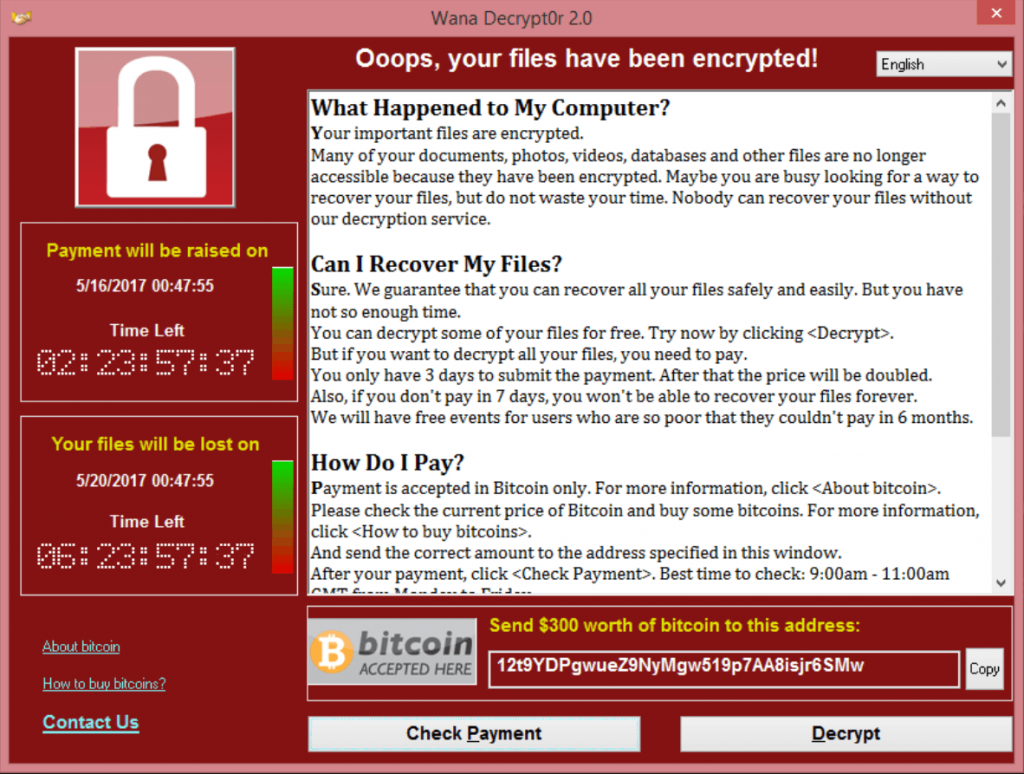 “Wannacry” still threatens to hack on a much larger scale.

Acunetix is a Website Vulnerability Scanner for websites and web applications that might contain vulnerabilities, which later on could lead to the inevitable hack.

This software blocks all possible loopholes that hackers might use as the gateway to your websites, and later on to your computers.

They say prevention is better than cure, and apparently, it doesn’t just work on human beings.

So prevent the virus now! Go to https://www.acunetix.com/ for more details!

BUSYBEE designs and creates the dreams of our clients and codes them into reality. We also cater to businesses of any size with any budget.
OTHER LINKS
ADDRESS
G7 Burgundy Place B. Gonzales Street Loyola Heights Katipunan Quezon City 1108
CONTACT INFO
7728-8083
8929-2222
09176373074
sales@mybusybee.net
info@mybusybee.net
Copyright © 2017 Busybee. All Rights Reserved